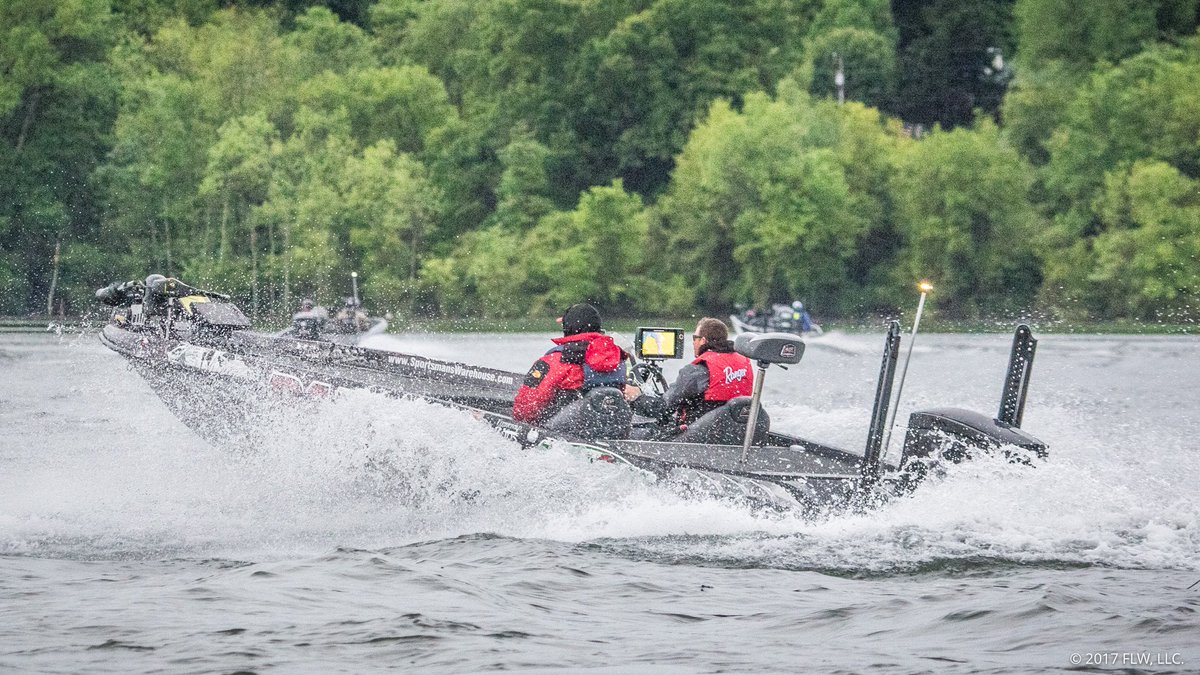 When I arrived in Rogers for this tournament it was raining and when I left it was raining.  Beaver Lake raised a total of 12 feet during this time. I

When I arrived in Rogers for this tournament it was raining and when I left it was raining.  Beaver Lake raised a total of 12 feet during this time. In a word, the only constant was “change”.  My first stop on Saturday was at the Walmart Supercenter on Walnut Street in Rogers where I along with Jimmy Houston and Larry Nixon greeted Walmart customers and showed them Kid Casters rods and informed them about the FLW tournament coming to town.

The three practice days saw rising water levels and muddy water coming down the river toward the main lake. I concentrated on the mid lake section and discovered that the bass were not moving up with the water levels and would chomp on a Zorro Booza Bug tipped with a Zoom Big Salty Chunk fished slowly between 8-12 feet.  Even this deep I employed a 3/8 ounce jig instead of a 1/2 which would have gotten to the desired depth faster the bass preferred the slower fall of the lighter jig.

After three practice days Cody Kelly, Chase Brooks and I headed to Westside Elementary in Rogers to talk to the 5th grade about the importance of education, water safety and fishing for a living.  We had a blast!

Day 1 started like the three practice days…the Booza Bug was on fire early.  I had a limit in the first hour; two largemouth over 15″, two smallmouth over 15″ but #5 was a small 12″ spotted bass.  Just like in practice after the initial flurry early the fishing got really tough the rest of the day. I ended up boating only three more keepers but was able to cull the spot and replace it with another 15″ largemouth.  My limit weighed only 9-9 but that was good enough for 48th place. All I had to do was catch a eight pound limit on Day 2 and I could leave Beaver with $10,000! Sounds easy but Beaver Lake is never easy. The water kept on rising and the fishing changed but I didn’t.  Stayed in the same area, kept throwing the Booza Bug and managed only three keepers. While the water was rising quickly my standing in the tournament was falling even faster. No limit, no check.

Even with the bad showing on Day 2 I stayed for Day 3 and 4 to join a couple of my friends (Mikey and Ralph) to bring some sunshine to kids at the Rogers Walmart: