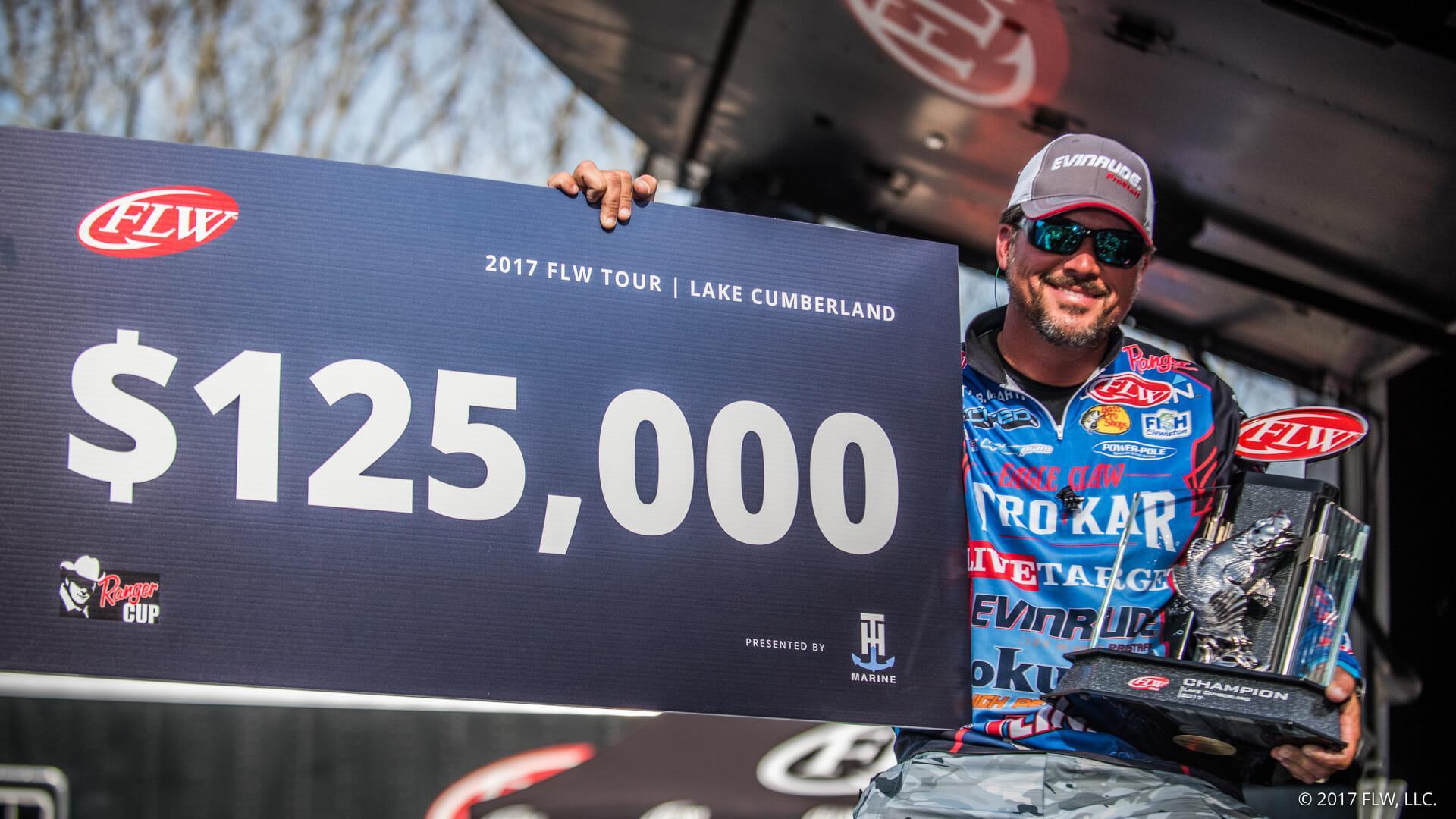 After living 33 years on Kentucky Lake. Lake Cumberland is now my new “home lake” so I was really excited when FLW announced the FLW tour would visit

After living 33 years on Kentucky Lake. Lake Cumberland is now my new “home lake” so I was really excited when FLW announced the FLW tour would visit Lake Cumberland for the first time.  I started the week doing a promotion for FLW at the Somerset Walmart Supercenter on Saturday the day prior to practice. I was met by the store manager and invited to park my TMNT Tundra at the entrance.  Inside, I visited with tons of customers and sold every Kid Casters No-Tangler Turtle rods the store had in stock!

I talked to several Pros prior to the start of practice and gave them all the same advice:  “Don’t get lured in by the Cumberland smallmouth. Between the 18″ size limit and their reputation as Ghost Fish they can bite you in a tournament.  You can catch 30 smallmouth a day over three pounds and not weigh in a single fish.” That said, the first day of practice I went up and targeted largemouth pitching a Zorro Booza Bug and a Zoom Trick Worm.  At the end of the day I figured this could produce between 12 and 14 pounds a day and would be good enough to make the money and take home $10,000. I still had two days of practice and didn’t need to stay up river and pound on fish I needed during the tournament so I decided to head down lake the second day and have some fun catching smallmouth.  I had a really good day and decided to spend the final practice day even further down lake. After two days of catching quality smallmouth I decided “I can win this thing on smallmouth”.

At take-off on Day 1 I headed down lake and the first bass I boated was a beautiful 19 1/2″  brownie! After that great start I managed only one small Kentucky keeper; together the two weighed 5-4.  I figured it would take a big bag to get me in the money after the disastrous first day and the only way I could get it was with a bag of smallmouth so I headed down lake on Day 2.  Which leads me to the description of “stupid”: Repeating the same thing and expecting a different result. Day 2 result one bass that weighed 3-7. Two days on my home lake – three keepers, 8-11, 147th place:(

I spent the next two days in the Evinrude booth at the Fun Zone talking to fishing fans about the amazing Eviunrude G2.